Last night I saw my son working on a project for his Motion Graphics class. He is a college student now, studying for a degree in Digital Film and Video Production.  Tonight as I looked over his shoulder at his computer screen, I saw a vibrant red rectangle, with golden words moving in and out of position, all to the sound of Morgan Freeman’s voice.

The colorful words and movement were part of a Kinetic Type Project he was working on for class. The words he used were from the movie ‘Shawshank Redemption’. 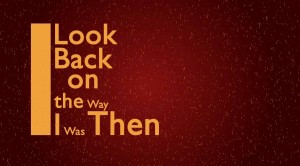 The red and gold visuals were designed by carefully considering the context and meaning of the words themselves, and then programming their movement to align with the vocals. I must say – I was very impressed with the planned movements and artistry of Matt’s design. But as much as the visual product moved me, I was even more impressed by what I saw on his computer screen.

Here in front of me was my visual learner; the one who hated writing papers, hated sitting still to study, hated taking tests.  In elementary school a few teachers suggested he might have ADD. One high school English teacher even suggested he quit all after school activity, all sports, so he could spend more time reading books and writing papers.

But I knew my Matt. I knew he was visual. I knew he liked images more than words. I knew he needed to be active. He needed to play sports. He could dig into things when he wanted to, when they interested him and when the information was presented in a way he could connect with. There were times we had to practically tie him to a chair to get his summer reading done, but he sat and read and then went back to doing. Eventually we figured out how to make writing papers more visual and how to listen to the stories to increase reading comprehension. But now, here he was at the computer screen managing so much minutia, so many details, and all centered on the art of language.

To do this assignment, Matt had been in front of his computer for at least 8 to 10 hours, painstakingly managing line after line of tedious detailed work. There had been a few food breaks and he would still work late into the night, but to see him working so meticulously, adjusting and tweaking every millisecond of design and action, brought utter and complete joy to me. This is who he is. The right side of him gave birth to the idea, the vision, while the left side of him worked through all the logic and detail to bring it to life.

Do you have a child that struggles to sit still and focus in the classroom? Have you noticed other times and ways they are able to press in to complete projects they find interesting?

Give Kids a Superpower 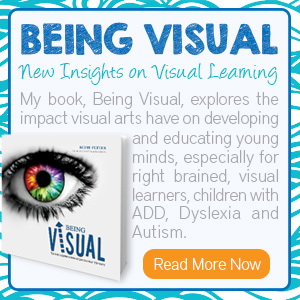