I have many ideas for parents and educators on how to help their visual learners. Here is a clip of a spot I did on WGN news in Chicago with some of these simple changes that can make a world of difference. 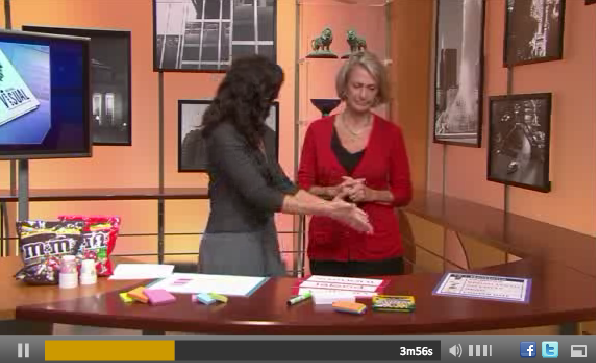 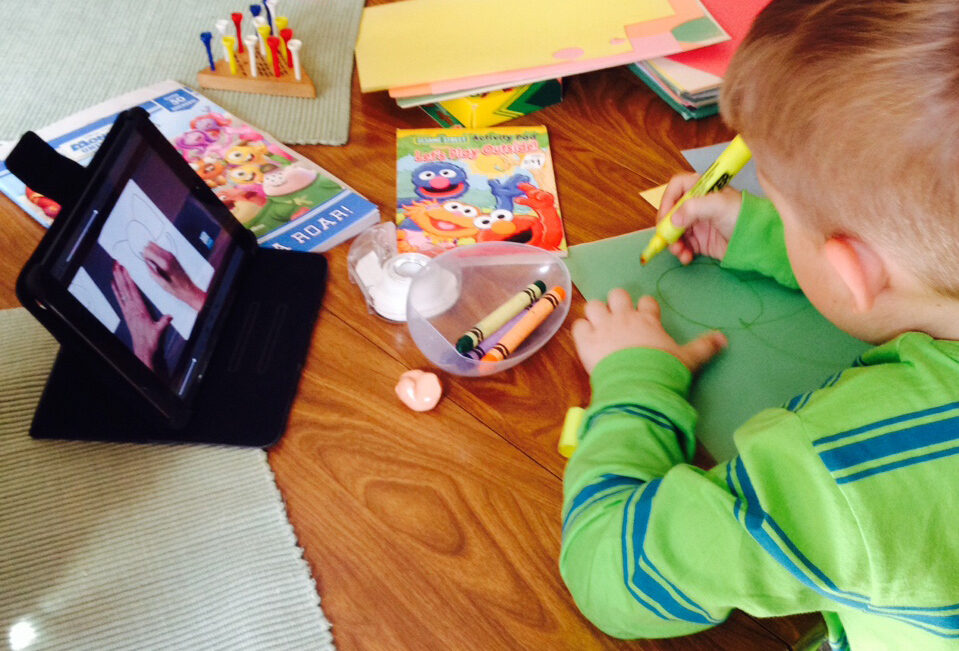 Let’s get the holidays off to a great start! Grab your supplies and join us as we draw 10 creative, holiday drawings. After you draw, be sure to post on social media and tag @youngrembrandts and #YR10daysofdrawing. 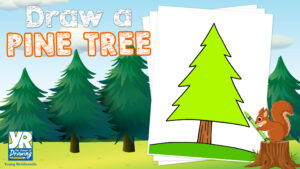 On the first day of drawing the kids will draw a very tall pine tree. Put your spin on it and maybe decorate it like your holiday tree. 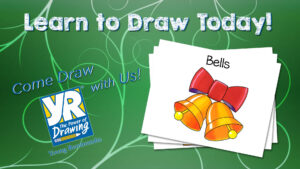 On the second day of drawing the kids will draw 2 ringing bells. Let’s see those bells shining bright! 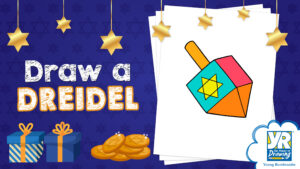 On the third day of drawing the kids will draw a colorful dreidel. The 8 days of Hanukkah have passed but the fun doesn’t have to end. 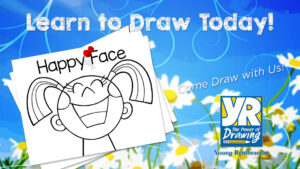 On the fourth day of drawing the kids will draw a very happy face! We hope all the kids show us their happy face this holiday season. 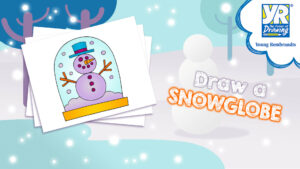 On the fifth day of drawing the kids will draw a beautiful snow globe with a snowman inside! 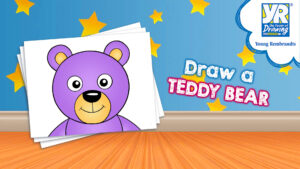 On the sixth day of drawing the kids drew a super fluffy teddy bear.  Grab your supplies and get drawing!

On the seventh day of drawing the kids drew a cold winter tree. How will your tree look?

On the ninth day of drawing the kids drew a silly elf! Who has an elf in their house right now? Does he do mischievous things or just hang out?

On the tenth day of drawing the kids drew SANTA!!! Santa Claus is coming to town! What is something your kids wished for from Santa?

Don’t forget to post on social media and tag @youngrembrandts and #YR10daysofdrawing.

Happy birthday U.S.A.! Learn to draw a star and decorate for your Fourth of July party. After drawing 50 stars for the American flag, your kid will be a pro.

How to Draw… a Four Leaf Clover

You don’t need the luck of the Irish to draw this four-leaf clover. Watch and learn how fun and easy it is to draw with Bette’s simple step by step instruction.

Why is Writing So Hard?

Distance learning has made it abundantly clear that writing is a struggle for our right-brain dominant kids. They are always so busy thinking and have so many ideas, when it comes time to write they’re overwhelmed by possibilities. Using sticky notes helps capture their thoughts and gives them control over organizing them so they can write.

We have a right brain thinker in the family, who’s also got an ADD diagnosis, and like most right brain thinkers struggles with writing essays. Using the sticky note trick, what normally takes him hours to complete was done in 30 minutes!

Here’s what we did:

First, he explained the assignment. We had a brief chat about it so I could be sure he understood and was ready to write. With a stack of sticky notes in hand, I had him tell me what he wanted to say. As he talked, I wrote one brief sentence (or part of sentence) on a sticky. We continued until he said all he wanted to say. I was careful to limit what was on the sticky to simple words that conveyed his idea, but they were his words.

Next, he read through the sticky notes and grouped them by subject. Each group represented a different paragraph. Then he put each group of stickies in order. He was very thoughtful as he considered them carefully.

Now it was time for grandma to step aside as he started writing, turning what was on the stickies into full sentences. I was quite impressed at the way he charged into it, very confidently writing sentence after sentence.

When he finished, we did a quick review, checking spelling and punctuation. He made the needed corrections. And ta da – writing assignment complete!

I used this technique with my visual son all through school. It started with me writing on the stickies and him ordering them. As he got older, he did the writing himself. He even used the technique in college to write his papers, using bigger sticky notes and lots more of them. For us right-brain thinkers, it’s a technique with limitless potential and it works every time.

I’m so proud of my grandson Brayden for being named Student of the Month!

With his ADHD, and need to be more self-driven, this award is even more special. But as you can hear him say, being organized has been really big part of him being successful. He’s also done really well communicating with all of his teachers, asking about homework assignments and following up with emails. These are skills that will serve him well, way beyond this season of distance learning.

Be encouraged, our right brain kids can thrive!!

This is proof that distance learning can level the playing field, when its designed to work for your family!

Get the eBook to find out more ways to Rock Distance Learning.

Creating Order in the Right Mind

Being a right brain thinker comes with a lot of ideas and mental “noise” that can prevent our kids from getting things done both at home and at school. We need to teach them to quiet their minds and keep things organized both internally and externally in order for them to complete those tasks and feel  a sense of calm.

There Are Always Two Sides to Genius

In honor of Valentine’s Day, we have created a slide show of some famous scientists, inventors and artists and their lesser known counterparts. These dynamic duos demonstrate that every right brain needs a left to be successful in their vision.

Today is Inspire your Heart with Art day! Did you know that Young Rembrandts has been doing their part to inspire hearts by teaching drawing to kids as young as 3 1/2 years old for over 30 years! If that’s not experience, I don’t know what is. Enroll your children in a time proven methodology and help inspire their hearts today.

Being Visual with Your Child

Is your creative, intelligent, vibrant child struggling in school? Did you have a similar experience when you were in school? You or your child may be visual learners. In a test heavy education system, more and more children are underachieving, feeling lost and misunderstood. Because, schools are focused on teaching left-brain auditory learners and our right-brain visual kids are not getting what they need to succeed.

In Being Visual, Bette Fetter, the founder of Young Rembrandts, discusses strategies to increase your visual learner’s success in school, identifying how…

– To use pictures to improve grades
– To use visual study techniques
– To use effective writing strategies
– To apply visual methods for students with ADD, dyslexia and autism
– Why drawing, doodling and imagery improves learning
– How art improves education outcomes