Turn Off Tech and Deal Me In 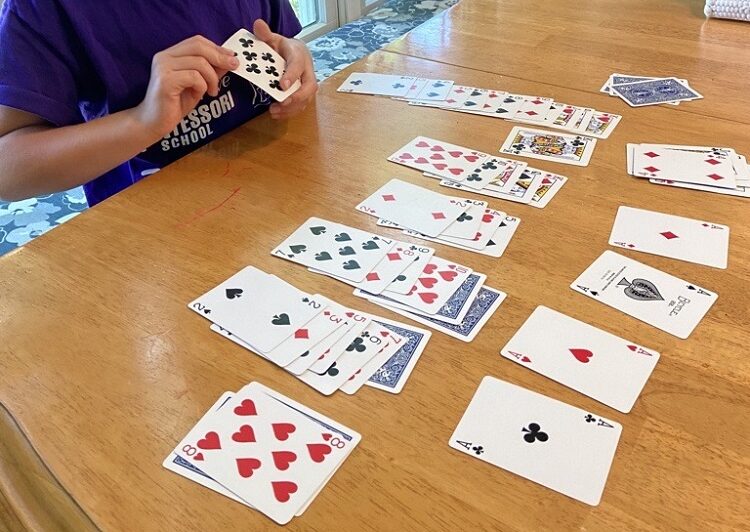 Recently,  I had the best time watching my grandson play cards. Solitaire. Sounds like a real nail biter doesn’t it!? But for real, it was such a treat. I didn’t know he knew how to play solitaire! Last I looked he played Go Fish, but time flies and he’s headed into first grade. It turns out, he’s been busy learning all sorts of things at summer camp.

Here’s why it was such a treat:

So, what do you say? Next time the kids are bored or those grandkids are over, pull out those cards and play some old fashioned Solitaire.

Leave a comment letting us know what activity or game from your childhood your child has recently discovered.