Throw Out Those Test Scores! 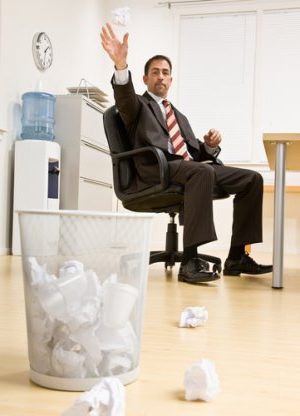 A friend of mine just told me about her son’s seventh grade report card. She was pretty excited. He’s in seventh grade and after a bumpy start, he’s adjusted well and the report card reflected that with 4 A’s and 3 B’s. However, his PARCC test scores came in at the same time and were quite dismal in comparison. PARCC tests were taken last spring in sixth grade and reported him as underperforming in pretty much every area, especially math. While math grades in 6th grade were about average, his math scores on the PARCC test indicated that he was not meeting expectations in 3 out of 4 math skill areas. Well, it seems a major miracle happened between last spring and this fall. Or, there’s a problem with either the report card or the test scores.

The problem is the PARCC test scores. PARCC tests, Partnership for Assessment of Readiness for College and Careers, began being designed in 2010 as part of the Common Core education initiative. When the tests came out, parents and teachers were warned the tests were intentionally designed to challenge students and low scores were to be expected. Right off the bat – that’s a questionable strategy.

Most of the students being evaluated hadn’t really even been exposed to common core curriculum which these assessments were measuring, and the results were being used to evaluate teachers and adding to the school choice debate. There was also a lot of backlash from both parents and educators about how much time was being spent on testing, approximately 8.5 hours for kids in 3rd-5th grade, more for upper grades, and the high stakes of the results. Despite all of these concerns, about $360 million in federal grants was spent developing them, along with other common core requirements and many districts spent even more money purchasing or upgrading computers to get ready for the testing.

25 states and the District of Columbia initially participated in PARCC development. But, just 3 years after the test’s implementation in 2015, only 7 of those states are still using these tests. Our state, Illinois, is one of those states still plugging away on administering the PARCC test while roughly two-thirds of its students are not meeting expectations. If this is the case, how seriously can we be expected to take these scores?

So now what do you do if your child took the test and you just got their scores? What if it looks like your child is way below grade level? Don’t believe it. Take those scores and TEAR THEM UP.