How Goes the Tech Battle? 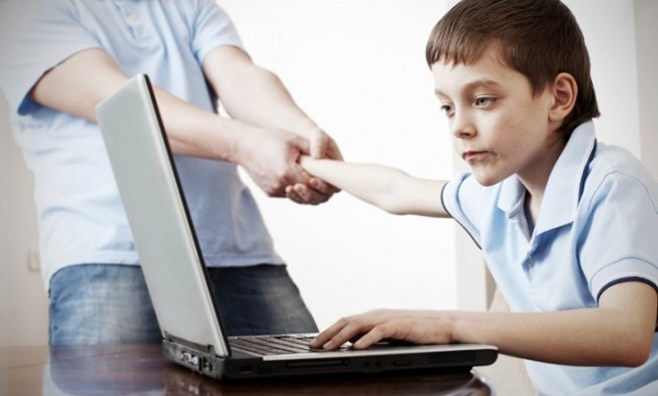 We’ve all heard kids need less tech and more sleep but it’s easier said than done. Getting kids to turn off their devices and keep them off can be an every day struggle, even in the most disciplined households. I’m a very attentive grandma, with only one nine-year-old to worry about. He sleeps over twice a week, and there are days I fail miserably.

At our house, all computers, iPads, phones and anything that can access games or social media, are left in our bedroom at bedtime. No morning access is allowed until permission is granted. And permission is never granted on school days. As thorough as I think I am, there have been too many days I missed the one hidden under his bed or missed hearing him sneak one out of our room in the wee hours of the morning. One night after an overly pleasant bedtime, I busted him 20 minutes later. There he was sitting in bed, basking in the glow of his computer. Another morning while headed to kitchen at 5am to find myself some cold medicine, I saw his bed was empty. After a panicked search of other bedrooms and bathrooms, I found him, lights on and music blaring, in grandpa’s office having a gay old time playing Roblox. And as much as he knows there are boundaries and consequences, there are times he just wants to get online.

If I’m going through this with only one well behaved kid, twice a week, I can’t imagine what a challenge this is for you. You have a lot more kids and lots more devices. This is really hard!! My generation didn’t have to worry about this. We had our own challenges, but this is massively different and enormously critical for your child’s safety and wellbeing.

Here are some reasons why you’ve got to win the battle:

SLEEP: According to the National Sleep Foundation, 6 to 10 year-olds need 10 to 11 hours of sleep a night. Screen time has them averaging only 8.0 hours. Older kids, 15-17 year-olds, should be getting 9.25 hours a night, but are getting only 7.1. That’s almost a whole night’s sleep lost by the end of the week.

ADRENALINE: When kids play video games or watch scary, stimulating movies before bed, the brain releases adrenaline, the chemical making us capable of short periods of superhuman alertness and strength. There’s no way they’re falling asleep with that running through their bodies. So even though they’re in bed, they’re not sleeping.

ADDICTIVE: According to Huffington Post article Is Your Child Addicted to Electronics by Kellyann Petrucci, kids and adults everywhere can get addicted to their electronic devices. Every text, every Facebook “like” and every video game point scored releases the feel-good chemical dopamine. This is same kind of rush other addictions create. A small amount can be like eating a chocolate doughnut. Large amounts, repeated, can make life with tech an addiction. Our kids like their tech, but when we realize it’s causing chemical reactions in their bodies, we have to be even more determined to win this battle.

Computers and technology have revolutionized every part of our lives. There are tremendous resources for our kids to benefit from, but there’s also a lot of junk and a lot of negatives from overuse. As parents we’re responsible for what our kids are doing online and how much time they’re doing it. This battle to turn off devices at bedtime is one small part of the battle, so it’s even more important that we win it.

How to Draw Cartoon Zoo Animals They’re Just Like Us

What Do I Do with All These Papers?